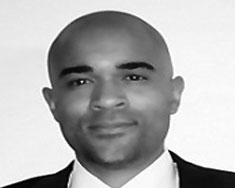 Steve Jarmon practices Criminal law in Chester County in Philadelphia.  He provides an honest and open legal representation.  He worked as a prosecutor for Chester County District Attorney as a Certified Legal Intern when he was still a law student. After he graduated law school, he has handled several cases involving misdemeanor and felony.

Before he opened up his own firm, he worked at a small yet successful firm in Chester County where he became the primary criminal trial attorney. He slowly built his name by handling cases from low level offenses such as Under Age Drinking to Homicide and Rape. After he gained enough experience, he decided to open up his own firm where he continued to help those who were wrongfully accused.

Learn more about Steve Jarmon by checking out his profile at http://jarmonlegal.com/attorney-profile/