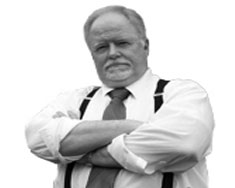 James Matthews Stiller grew up in Shreveport, Louisiana. He was once an officer in the United States Air Force. He also served the State of Delaware for the Division of Public Health as a Data Analyst for breast and cervical cancer detection.

He juggled his work and education where he studied at Widener University School of Law in the evenings.  With his dedication, he finished law school and immediately, took the bar exams in both New Jersey and Delaware. He believes that the guilty shall receive justice.

Aside from his law practice, he is also a licensed commercial pilot.  He is a proud father of four children.

Learn more about James Matthews Stiller by checking out his profile at http://www.delawareduidefender.com/about-matt-stiller/